In Vancouver, there are two words that when uttered together, create a reaction that spurs even the most complacent into action. These two magical words are ‘golf’ and ‘whisky,’ and together at Whisky Wisemen they make great things happen.

Created by Kevin Shaw and Jordan Scott in 2013, the not-for-profit organization Whisky Wisemen was founded on the belief that ‘the glass is always half full’ and an even stronger belief that enjoying a dram of whisky is glorious but it is an experience meant to be shared.

With chapters around the world (Canada, USA, Cayman Islands), Whisky Wisemen have partnered up with local establishments to have an agreed kick-back of 10% of the groups entire spend for the evening, donated to the Whisky Wisemen Society, where they, in turn, donate the money to charity.

On July 5th, the Westwood Plateau Country Golf Club welcomed Whisky Wisemen CEO Lesley Anne Brown and a full cadre of foursomes for the 3rd Annual Charity Golf Tournament. Golfers and non-golfers had signed on not only for their love of whisky and the enjoyment of the sport, but to support the day’s official charity – KidzFirst Canada.

This after-school program enables youth to overcome barriers in their lives and to empower their future by providing them with the tools for social awareness, inclusion, and expression. KidzFirst Canada creates positive change through the arts, healthy living activities, and community enrichment projects.

Sponsors Stepping Up for Charity

Players were of all ages and backgrounds, suited up in their course finery and rolled out for 18-holes. Organizers had done a fantastic job of ensuring a mix of fun and games at each hole including the Hole in One Challenge on 3 with MINI Canada, golf ball cannon on 7, and on 15 the Whitecaps FC tested tee shot skills with a grid challenge. Colony Bar satisfied snack cravings with pizza slices, while Whistler Glacial Spring Water provided samples to cleanse the palate between tastings of Central City Brewers’ Queensborough and Botanist gins, Lohin McKinnon Single Malt Whisky; and Nude Vodka Soda. Hole 13 was the place to be for cigar aficionados as Yaletown’s Revolucion Cigars held court with The Glenlivet.

Brown helms the Vancouver-founded society. A recent listee in BC Business Magazine’s annual ‘30 Under 30,’ Brown has helped the organization grow with new chapters, charity sporting events, a speaker series, and a whisky festival.

Watch for the Charity Croquet Tournament on July 26th at the West Point Grey Lawn Bowling Club. With a goal to bring a Wimbledon inspired event that highlights British culture to Vancouver, this event is unlike any undertaken in the city.

The lawn bowling club will be transformed with greenery and ivy, hundreds of strawberries and cream, and a posh dress code, to launch this first annual event. The playing field at West Point Grey and the ‘Royal Box,’ will host activations, tastings, and luxury picnic sittings throughout the day.

Not to worry if you do not own a croquet set, all equipment will be provided to players, as well as an introductory lesson to sharpen your skills. Players will hit the green at 4 pm with an awards ceremony around 9 pm.

Interested in cracking a few wooden balls while dressed in your finest? 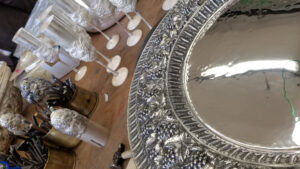 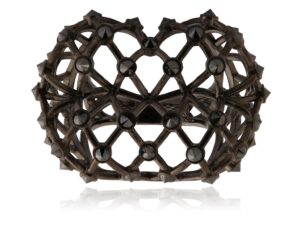