What We Ate at FWSY

Frankie, We Salute You! 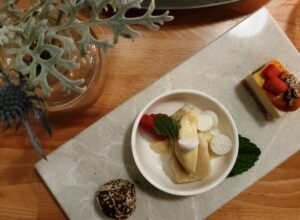