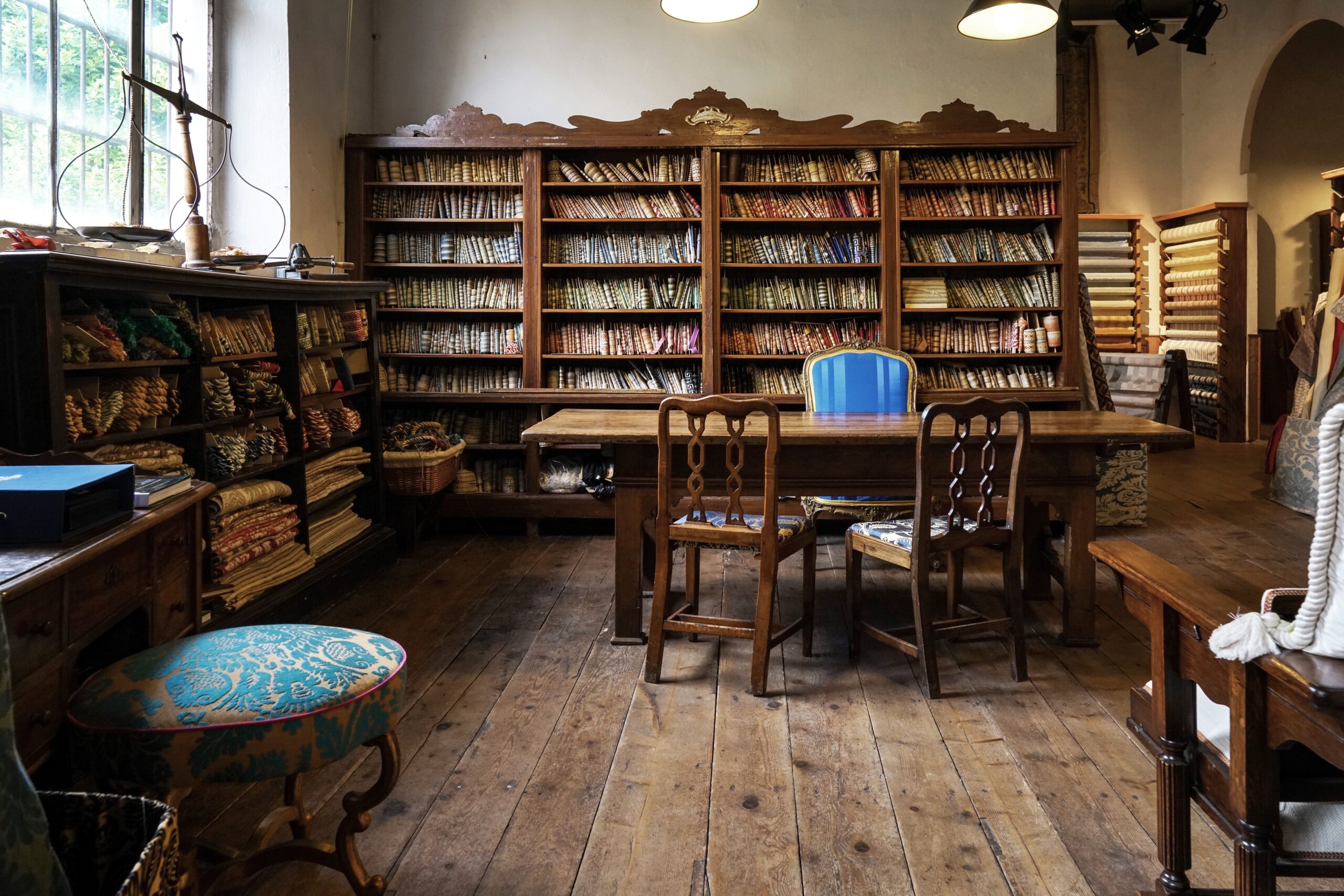 Through the wrought-iron gate in Via Bartolini n° 4, under the shadow of the abundant wisteria, the Antico Setificio Fiorentino produces the finest silk fabric in Italy, perhaps in the world. At this hilly location for the past 233 years, the atelier was initially assembled in 1780, and its name has been synonymous with luxury ever since.

As our driver departs, my guide, the Director of Communications for Stefano Ricci, begins to graciously weave the incredible and fascinating history of the Antico Setificio Fiorentino. As we enter the coolness of the showroom, heels echoing on the hardwood floor, it is immediately apparent that the looms are silent. The employees are on their mid-day break, so we dally in the archival showroom and absorb more historical details of the presentations. The wooden shelves are laden with the world’s most amazing fabrics and ribbons, and the antique couches are decorated with divine pillows and throws; examples of the home décor that can be ordered during a private appointment.

As the workers return, the repetitive sound of the handloom pedals begins to punctuate the air. The adjoining workshop is home to six handlooms dating from the 1700s and six semi-mechanical looms from the 1800s. Especially incredible is a unique orditoio (warping machine), designed by Leonardo da Vinci and an 1878 Benninger orditoio which is still in perfect working order today.

Throughout the centuries, the clientele of this revered atelier has always been prestigious, beginning with noble Florentine families, aristocratic Italian families, growing in the 1800s to include European nobility. Today, under the guidance of owners, Stefano Ricci S.p.A., the legacy of the looms continues as designers, architects, and famous interior designers can satisfy their client’s needs by creating their own custom woven fabrics, both in colour patterns and yarn.

In Florence, from the Renaissance age onward, the art of silk weaving flourished bringing prestige to the city, wealth to its merchants, and reached its peak during the era of the Medici. Around the middle of the 1700s some of the noble families, including della Gherardesca, Pucci, Bartolozzi, Corsini, and Agresti, decided to establish a single location that would house all their looms, patterns, and fabrics.

Passed on through generation of families, the antique fabric designs are kept today in the Archive of the Antico Setificio Fiorentino. Currently, the production includes a wide range of Renaissance silk damasks, brocades in silk, and linen from several centuries and 18th-century silk lampasses.

The quality of the fabric produced is guaranteed by the various delicate phases of workmanship including the hand-dying and the preparation of the antique looms. The absolute lack of chemical treatments creates a completely pure undamaged thread that results in an unequaled resistance, texture, and richness in colour.

In recognition of the importance of this factory and to increase silk production, in 1780 the Grand Duke Leopold of Lorraine donated several looms, one of which my guide and I stand in front of observing a demonstration of an utterly non-mechanized loom. Operated by foot-pedal with a manual shuttle, the operator expertly completes row after row deftly. The process is fascinating and concurrently exhausting. The displayed patience and steadfastness of the operator is a skill long lost in our computer obsessed world.

The Antico Setificio Fiorentino has carried out many important restoration projects over the decades. The atelier supplied the fabrics for the restoration of the Tribune of the Uffizi Gallery in Florence, the curtains of Palazzo Madama in Rome, the Royal Palace of Denmark in Copenhagen, Royal Castle of Sweden in Stockholm, and the Grand Kremlin Palace in Moscow.

In the middle of the 1950s, the atelier flourished thanks to the acquisition by Marquis Emilio Pucci and the other founding families of the shareholding majority. A decade ago, with the House of Pucci relocating their business to France, the atelier was to be converted to a museum.

Giancarlo was approaching the highlight of the fascinating history of the atelier with the introduction of its newest chapter – how the Stefano Ricci family became involved in the Antico Setificio Fiorentino.

It began with a phone call to Mr. Ricci, during which an invitation was extended to attend the atelier for tea. Stefano jokingly refers to this “as the most expensive tea he has ever had” because, upon the completion of the visit, he had arranged to purchase the Antico Setificio Fiorentino from the Pucci family. This single act of generosity secured the livelihoods of the families and the looms to continue to create the incredible silks used worldwide, not only for the Stefano Ricci collections but the damask casula for Pope Francis, suiting for Andrea Bocelli and Tom Cruise, and the jacquard tunic that Nelson Mandela wore to meet Queen Elizabeth II.

Mr. Ricci shares that the purchase of the atelier was a way to give back to the city that provided the respect and prestige needed to move his company forward. “When I started in 1972, no one knows me, but when I first met with an international department store, I would say ‘My name is Stefano Ricci, and I come from Florence.’ This ‘coming from Florence’ was more than a business card and gave me a better opportunity to better sell my products.” He continued, “Now that the company is running successfully with over 68, 69 boutiques in the world, I have to give back to my city something to show my thanks.” 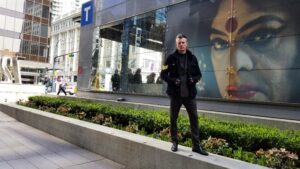 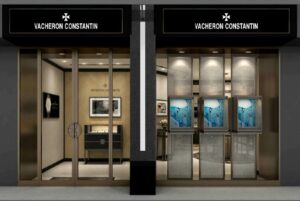