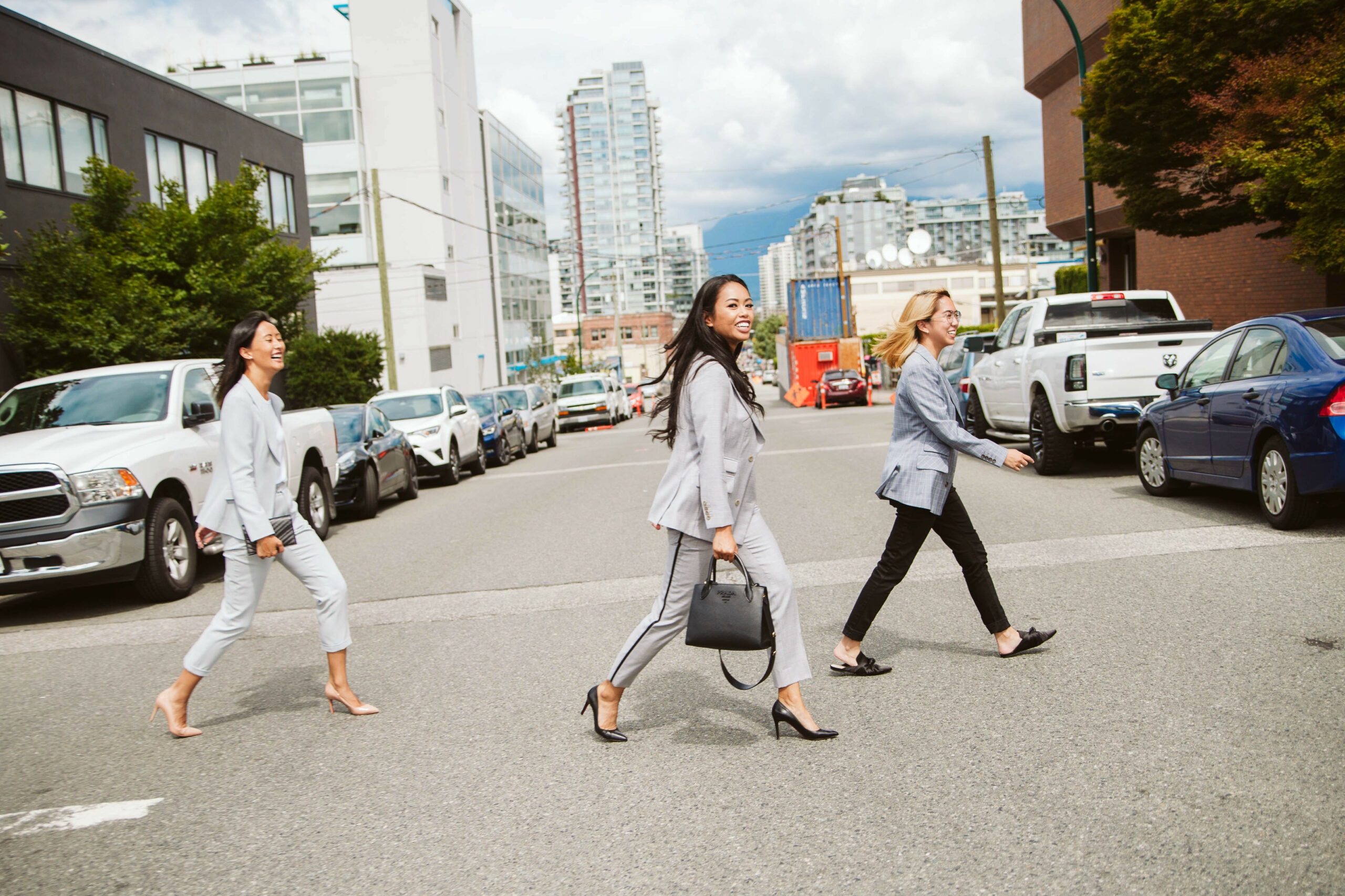 In Vancouver, SEWT is changing the way that women shop for suits while building a community of women eager to grow in their professional careers. The brand’s name stands for Suits Especially for Women Tailored and boasts a wide range of custom options, including full suits, skirts, blazers, pants, vests, and outerwear. Since being founded in 2018, the brand has seen growth in Vancouver and is gaining a presence in Toronto with regular events.

The idea for SEWT first came to founder Luan Tolosa during her MBA studies at Queen’s University’s Smith School of Business. After realizing that, although she and her classmates had grown personally since their undergraduate years, their wardrobes had not. Looking for a way to create suits for women that reflected their personalities and promoted confidence, she opened a showroom in the heart of Vancouver’s False Creek Flats, a neighbourhood gaining a reputation for galleries and tech companies.

When asked why she chose the city known for its relaxed athleisure wardrobe over the bustling corporate scene of Toronto, Tolosa remarks that it wasn’t a difficult decision. 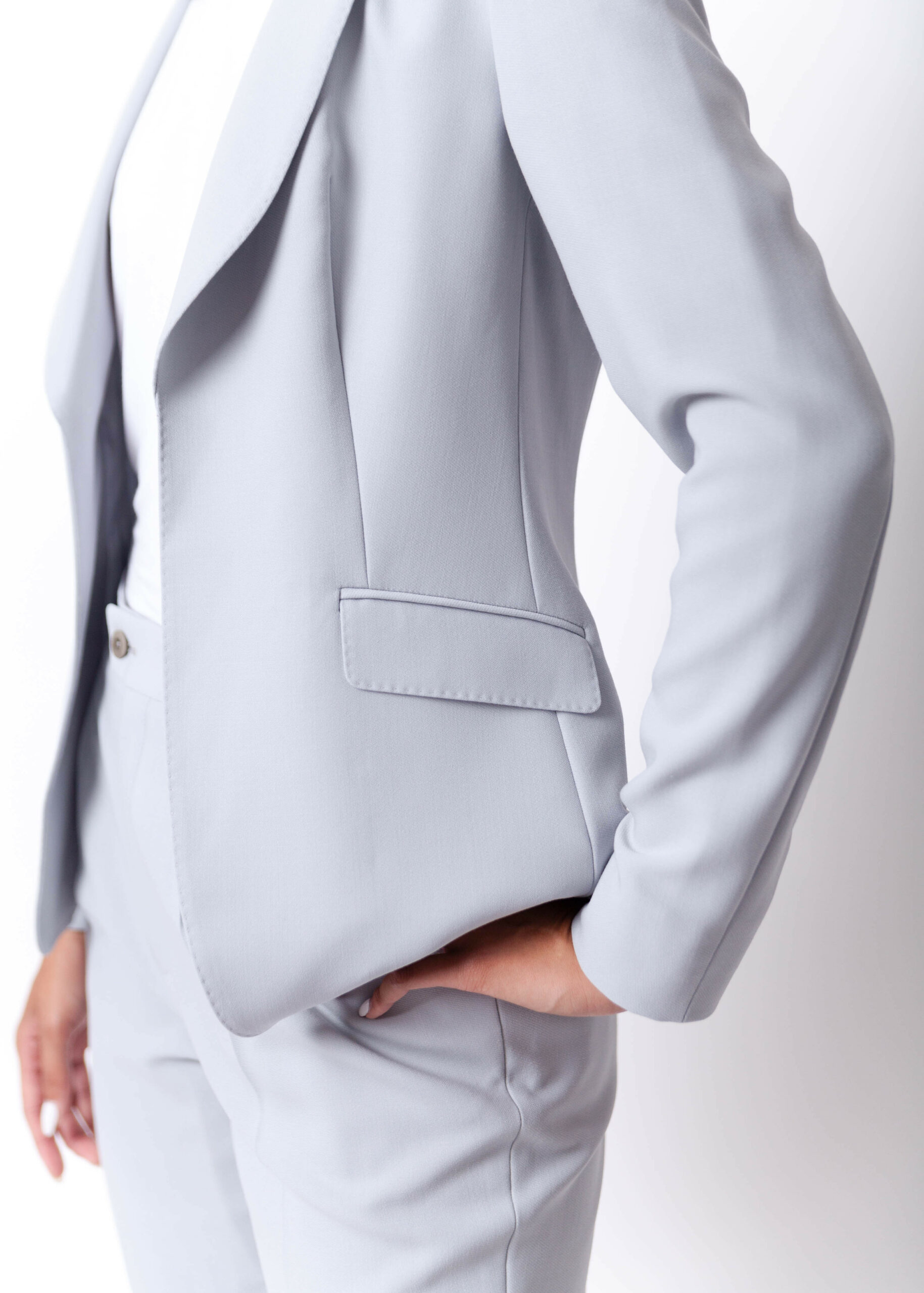 “Vancouver is home,” she said. “A lot of people say that Toronto is a bigger market for us (and really, what industry isn’t Toronto a bigger market for?), but the reason why we started SEWT was that there was a gap for suiting especially for womxn in Vancouver.” She aspires to have a physical presence in any major city where this need exists.

Tolosa comes to her profession honestly. Growing up in Winnipeg with a mother who worked as a seamstress, she was exposed to the garment industry from a young age. This experience led her to learn to design clothing, which her mother helped her sew. After working in commercial real estate, she was drawn back to the business idea conceived while studying for a Certificate in Social Impact during her MBA degree.

At the core of SEWT’s values is the belief in slow fashion, producing sustainable materials on a made-to-order basis, and donating or reusing any returns. “Our ideal client is a womxn who values a personalized experience, knows she wants something unique to her and wants to customize their wardrobe to reflect,” Tolosa says. This ensures that garments will be worn well into the future and allows the wearer to show their personality through the cut, fabric selection, and customizations.

One trend is evident from SEWT’s styles on display in their look book; the ever-dependable relaxed smile on the faces of women wearing smart blazers, pencil skirts and the recently released Rogue Suit, which features a distinctive twist on the double-breasted jacket, named for the designer who crafted it for her thesis collection at Kwantlen Polytechnic’s Wilson School of Design.

This shows that SEWT is all about making quality clothing that is accessible and nonchalant. Dressing up is not seen as something that forces the customer to be anything but themselves, and this approachable brand of fashion marketing sets them apart in the industry. “Our mission at SEWT is to be part of the stories of the womxn who inspire us,” remarks Tolosa. “We were born out of a simple idea – we wear suits too.” 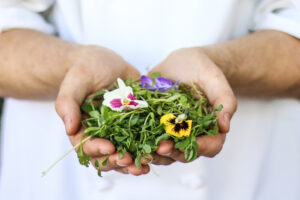 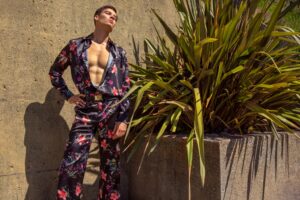