The room was full as the much-anticipated launch of Lyle XOX: Head of Design, published by Rizzoli International, gets underway. Impeccably dressed, in what could be best described as ‘Playful Pilgrim,’ Reimer is discussing his beginnings with the city’s finest creatives. His first mirror selfie photo was taken in 2013 and scrolling through his IG grid, since then, shows his creative genius is not waning. The question of inspiration inevitably is asked to which Reimer replies that he believes that inspiration is best found serendipitously in the world as it passes by. He shares with the audience how he was recently flummoxed by a discussion with an art teacher—who was allowing students to use their phones—to find inspiration while working in art class. For Lyle, creativity comes from everywhere you most expect it not to be, and this is something that the upcoming generation of creators, artists, and changemakers should consider. 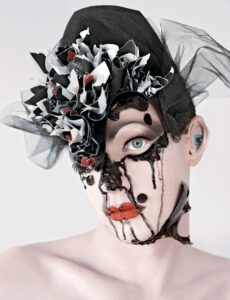