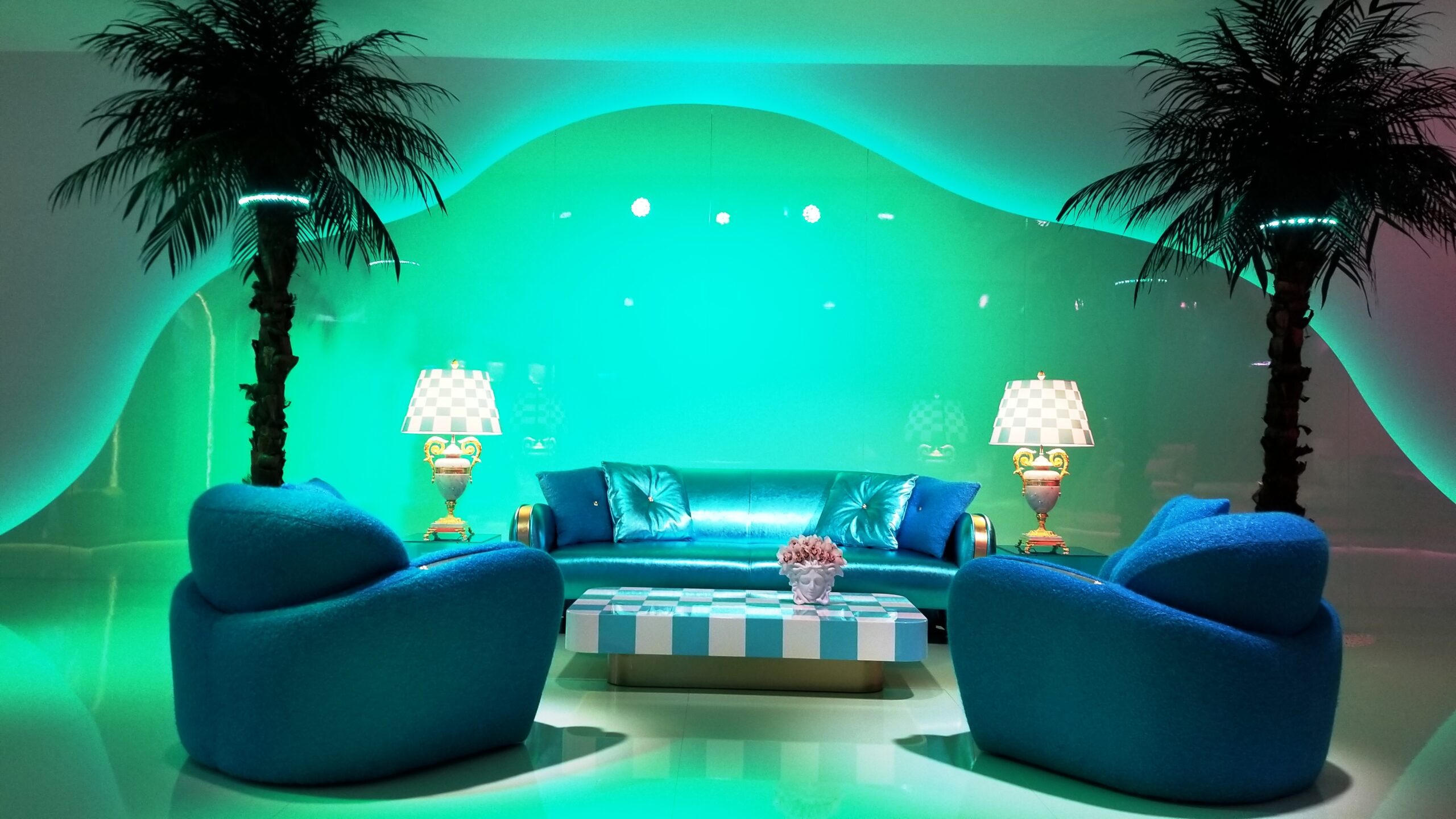 Andy Dixon is a Canadian fine-artist based in sunny Los Angeles, whose works question the inherent value in coveted luxury. He is particularly fond of Flemish still-life, Versace silk shirts, and vintage Playboy magazine spreads, resulting in a perfect storm of culture, chaos, and appropriation. In his youth, Dixon was an experimental electronic musician who turned to painting—taking his inspiration from the eclectic and the desirable—to a beautiful new level of luscious irony.

Sasha Bikoff is an American interior designer whose aesthetic inspirations range from New York City and Miami where she grew up; to 18th century French Rococo mixed with 1960s Space Age Modern, 1970s French Modernism, and 1980s Italian Memphis Milano. Bikoff has “always felt a deep connection to Versace as it embodies everything I believe in, a sense of fun and freedom to be daring.”

The legendary Gianni Versace began the Versace Home Collection in 1992 with textiles, which was expanded to include tableware through porcelain manufacturer Rosenthal. In 2019, Versace Home is creating furniture, textiles, porcelain tableware, wallpapers, wall coverings, ceramic tiles, bath accessories, and more.

Dixon’s inaugural solo exhibition, held in New York called ‘Look at This Stuff Isn’t It Neat,’ is the source of the artwork displayed at the Versace palazzo on Via Gesù. In addition to three of Dixon’s opulent over-scaled shirts (108” x 84”) many of his paintings were also translated into patterned wallpaper.

The palazzo is a compilation of neoclassical buildings that were constructed in 1782. In 1982, Gianni Versace began to purchase structures on the site—ultimately creating a complex that is not generally open to the public but during Milan Design Week, a limited number of tickets were available each day for entry.

It was a heady experience for guests as they stepped into the rooms of the palazzo. An abundance of Versace motifs in candy swirl-like carpets caressed neon clouds, plexiglass islands were topped with delicious furnishings, and rotating Pop Medusa chairs completed the fantastical setting. The effect was was luminescent, gorgeous, and so incredibly unique.

Initially contacted regarding the collaboration via his Instagram account, Dixon thought he was being set-up to be catfished. Ready to leave for a day at his studio, he paused to optimistically to perform a few Google searches and found the sender was legitimately part of the Versace team.

The staff at the Joshua Liner Gallery coordinated the safe transport of the show pieces to Milan, and now that the annual exhibition has concluded, the pieces are being returned to New York and their new owners. The ‘Look at This Stuff Isn’t It Neat’ exhibit sold-out opening day, so there are many patiently waiting for their Andy Dixon originals to return and join their collections.

While there were many people to meet with during his stay in Milan—designers, architects, artists, media—Dixon shares that the “absolute pinnacle was meeting Donatella… collaborating with “Versace Home was overwhelming, exhausting, and invigorating…I had a great time!” 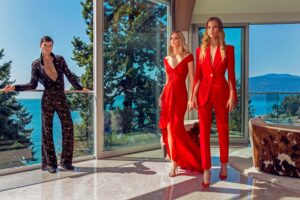