If given a choice, how many of us would begin each meal with a beautifully luscious dessert? Or, forsake the whole meal altogether, and luxuriate in the entire cake? Picture devouring spoon after spoon of tastebud tantalizing flavours that make your brain explode. We imagine everyone would so know that when dining with raw vegan dessert guru Crystal Bonnet, this option always on the table! 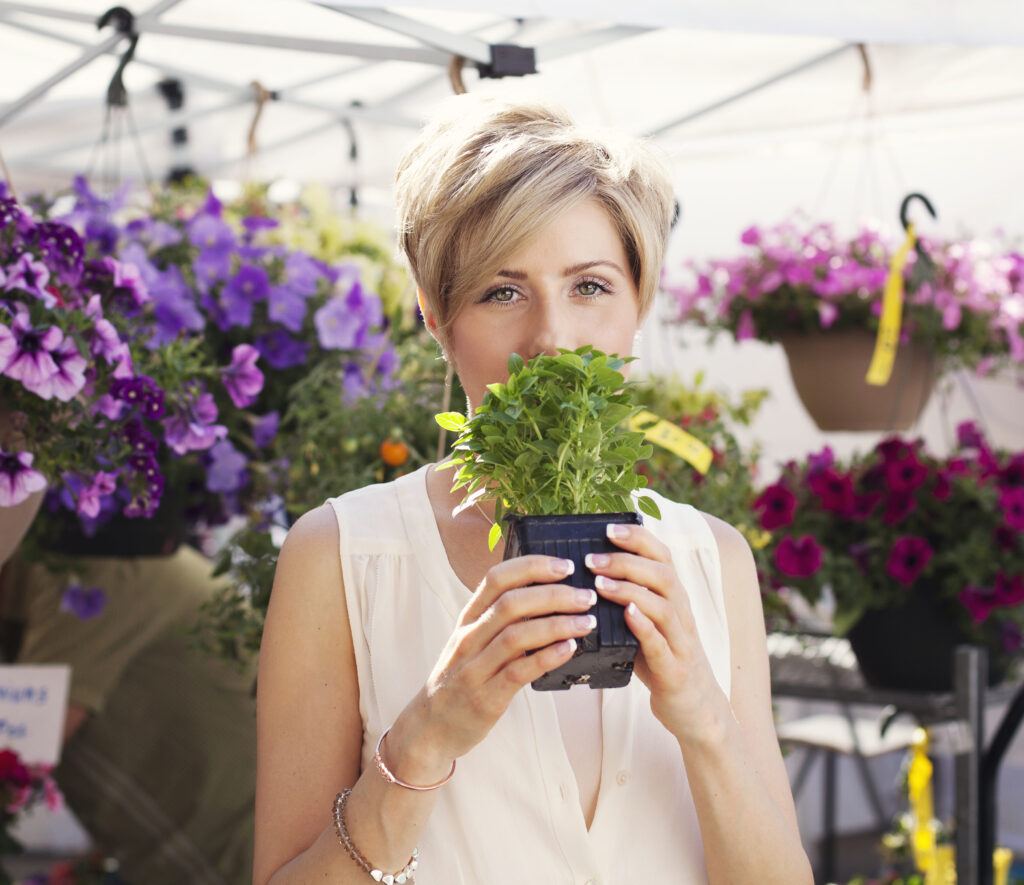 Raw food chef Crystal Bonnet’s journey began with a switch to improve her health that evolved into a career of cooking, and now teaching plant-based raw foods. Crystal has taken risks and stepped boldly to make her dreams come true, all coming to the culmination, which is her online Raw Desserts Chef Certification.

A New Career Path for Crystal

Cooking was not a passion she always knew, but rather a love that developed once she found the style that appealed to her. Crystal did not know what she wanted to do; she just felt she needed something creative. Three career paths and ten years in a corporate office later, the lack of passion was wearing her thin. After discovering raw food in 2013 and completely revolutionizing her life and diet, it was hard not to be hooked. It would be another two years, however, before taking the plunge into establishing her career. “I finally found my passion; doing anything else didn’t make sense. That’s why I decided to pursue it as a career.”

The first of many courses she took was Fundamentals of Raw Cuisine through Matthew Kenney Culinary. Celebrity chef Matthew Kenney is a plant-based cuisine leader and responsible for the vegan menu found at French macaron shop Ladurée’s Beverly Hills location. With no previous culinary training, this marked the beginning of three years of back to back education fueled by the desire to learn all there was to know about raw food. The fundamentals were quickly followed up with raw chocolate courses spurred by a love of desserts, and of course, chocolate. Though these basic can now be done in her sleep, these courses were not only strict and time-consuming, they were a challenge for someone with no previous experience. “Fundamentals of raw cuisine was full-time over one month, and you didn’t have lifetime access, you had to complete everything in the allotted time given. I was so committed I even quit my full-time job to work part-time somewhere else so I could complete the course.”

There are many valuable lessons one learns along the way to being a chef; flavour balancing, knife skills, esthetics, plating. Though the stereotypical kitchen scene does not inspire collaboration images, Crystal believes the most important thing is to work together. “At the end of the day, we all have one goal – to help others choose healthier plant-based options for themselves and their families. The more we do together, we can reach a wider audience and help more people.”

Setting Her Sights on the Power of Raw

Before she could spread the knowledge she acquired to others, first, she had to come upon it herself. Cooking was far from a passion at first. While Crystal thought she was eating healthy, she found herself mainly consuming processed, packaged food. When an illness kept her home for four weeks on end in 2013, it hit home that a change had to be made.

“As I was researching cleansing, detox and how to heal my body, I came across raw food. I knew about juicing and green smoothies but had no knowledge of raw “cooking” I knew right then, and there this was what my body was missing – fresh fruits and vegetables.”

Raw cooking opened up a world of colourful and delicious foods that healed her body like nothing before; clearer skin, less inflammation and even improved eyesight were the results. This raw revolution spurred excitement like never before. All her time outside of work was dedicated to raw cooking, prepping, researching, and even starting a blog. There is a vibrancy in raw food lost when it is cooked; a vegetable in its natural state is so much more beautiful.

It all Began with Chocolate

Crystal’s first steps into owning a business was a bold one. Encouraged by friends and family to sell her stone-ground tempered chocolate professionally, she launched Fig Leaf Foods. She began fighting for her spot in the highly competitive farmers markets of Edmonton, Alberta. She started part-time at smaller markets while still working full-time at her corporate position. A trip to Bali, where she toured chocolate farmers and learned more about cocoa processing, left her even more dissatisfied with her current work situation.

“I applied to full-time markets again and fought hard to get in. At that time, this kind of food was misunderstood, and people didn’t know much about it. I finally received the acceptance notification and quit my job, just like that. It was the easiest decision I had ever made.”

That trip to Bali would not be the last, and it would begin a series of raw food travels. Bali, Spain, the United States and travels throughout Canada saw her learning, teaching, and cooking worldwide. These proved to be excellent learning experiences for what was to come. In Bali, Crystal overcame a fear of public speaking by teaching 28 students a raw chef certification course.

Crystal has taught and been taught, but it was time for a curriculum of her own. With a wealth of plant-based knowledge to share, the only thing left was to find the perfect way to do so. Her online Raw Desserts Chef Certification was her first undertaking of such complexity. This course includes video, theory, quizzes, assignments and different modules. Of course, all of this was filmed professionally with a crew of 2 videographers, three cameras and 14 to16-hour days. One of the challenges which seems the most obvious while also being the most unexpected is that of finding the appropriate kitchen. These can be found in any home, but not all kitchens are created equal, nor are they created with such ambitious cooking endeavours in mind.

“Renting a studio is about $500 a day, and I had over 80 videos to film, which took eight days. So, renting an Airbnb was a fraction of the cost. Finding an Airbnb kitchen that would work was not easy. You need an island with no sink or obstructions and outlets nearby, something bright and with a lot of room in front for the filming equipment and crew.”

Crystal already had some of her curriculum in mind, thanks to an opportunity in Jamaica to train a plant-based café owner in the art of raw desserts. Many recipes from her farmers’ marketing business made the cut as well. To create a full, comprehensive course load of recipes would take a lot of trial and error, more than a few ideas did not make it. To take on such an involved project meant not starting small like most would when taking on a new business venture.

“I’ve kept true to myself throughout the entire process and have created something really unique, with live monthly teaching components and a community full of support, and people resonate with that.”

It is vital for those taking the course to come away from it with the skills they need to excel in raw desserts. The next most important take away is discovering or rediscovering their creativity. So much of food is colour, texture, and presentation as well as taste. Incorporated into the course is another of her loves—food photography—which teaches students how to immortalize their creations. Inspiration for photo-worthy treats are everywhere: social media, cookbooks, Youtube, food photography and even nature. “Sometimes, I work backwards by creating the plating first and then think about the recipe.”

Though now established, she continues to add to her course each month a live monthly video component and continues to be a student herself. She spent time in London last November completing an Advanced Plant-Based Course and taking on advanced courses online. “I love learning, and although now I have much experience, I can always learn something new from different chefs.” 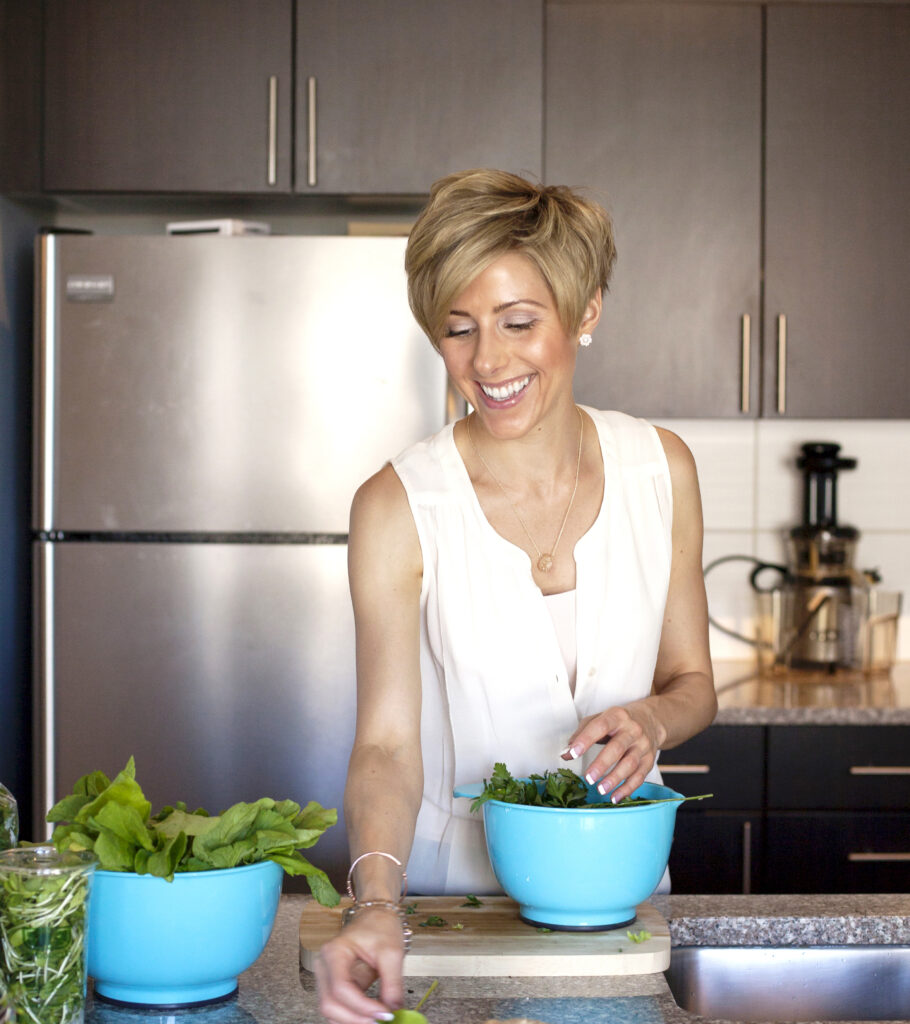 A Transformation for Life

From being an individual who viewed cooking as a chore to a flourishing chef, entrepreneur and teacher, she has truly transformed. Making the switch to a raw diet did not happen overnight, and even now, Crystal eats 80- 90% raw depending on the season. Whether from curiosity or for health reasons, Crystal has created an accessible resource for those wishing to dip their toes into the world of plant-based raw desserts. She offers a ten-recipe ebook for free, which promises to leave the reader craving more of her delightful creations.

“When I receive messages about how much they loved a recipe, could not believe it was raw, or how their kids loved the food, or husband devoured the whole plate; it makes my day. By teaching others how to prepare their own healthy plant-based whole food, they are changing their life for the better, and I’m a part of that. I can’t think of any other way to give back to the world.” 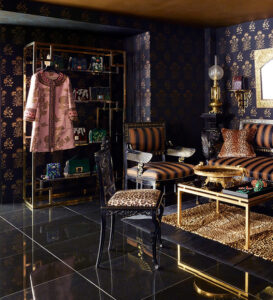 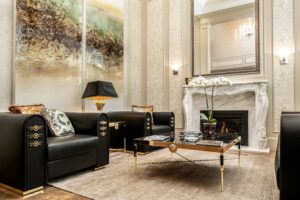