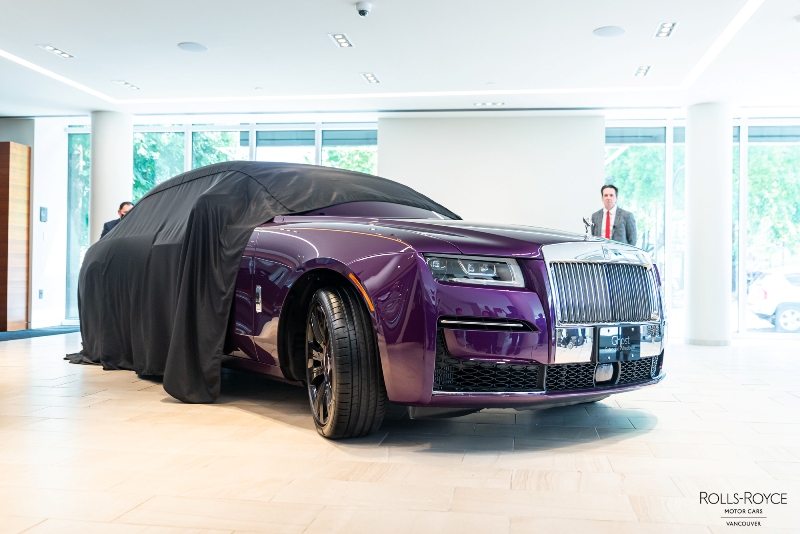 Reflecting the minimalist philosophy that underpins New Ghost, Rolls-Royce North America and Rolls-Royce Motor Cars Vancouver are held an in-person unveiling for members of the media to highlight the glory of this transformative motor car. Already the most technologically advanced and the most successful product in the marque’s 116-year history, the new Ghost is an all-wheel drive and steering beauty that will easily handle Canada’s weather 365-days a year.

“We’re delighted to finally be able to welcome a group of VIP media guests into our showroom to witness the iconic, second-generation Ghost,” said Aly Jiwani, Vice President Regional Operations, OpenRoad Auto Group. “Despite the pandemic, sales continue to be on a record pace this year with the new Ghost helping to drive the market here in Vancouver.”

The New Ghost was unveiled to be a bespoke twilight purple beauty created specifically for the Vancouver market. It reflects an evolved appreciation of luxury, one defined by minimalism and purity, but underpinned by great substance. In the pre-sketch ideation phase of new Ghost’s design development, this treatment was named ‘Post Opulence’ – a movement defined by the authenticity of materials rather than an overt statement, which had already established roots in architecture, fashion, jewellery and boat design. 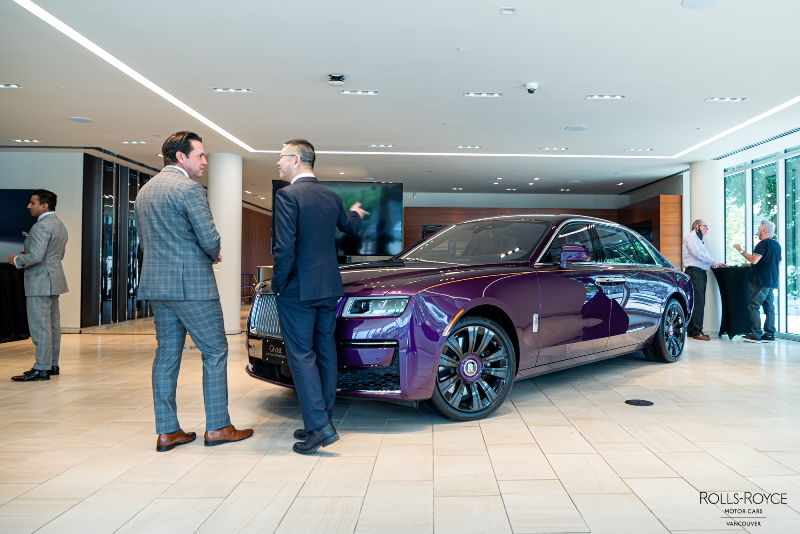 A clear understanding of clients’ changing luxury consumption patterns and a broader view of emerging design movements informed the marque that the interior aesthetic should pursue the same minimalist principles as the exterior. Busy details and superficial embellishments were rejected in order to create a more relaxing refuge for an increasingly younger demographic.

However, creating an environment defined by reduction, simplicity and elegance is an extremely complex endeavour. It also relies on sourcing the very finest materials that would be left unembellished. We honed in on the Wood sets for the new Ghost, which are available in an open-pore finish with two new finishes that have been developed specifically for the motor car. The first is Obsidian Ayous, inspired by lava rock and the second is Dark Amber. 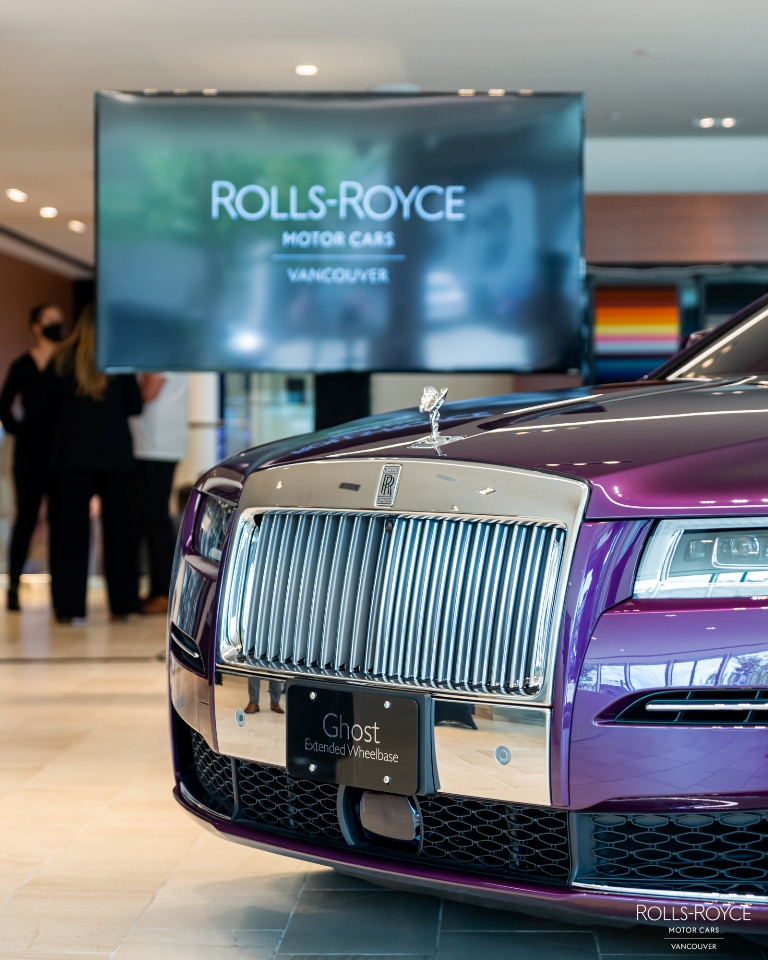 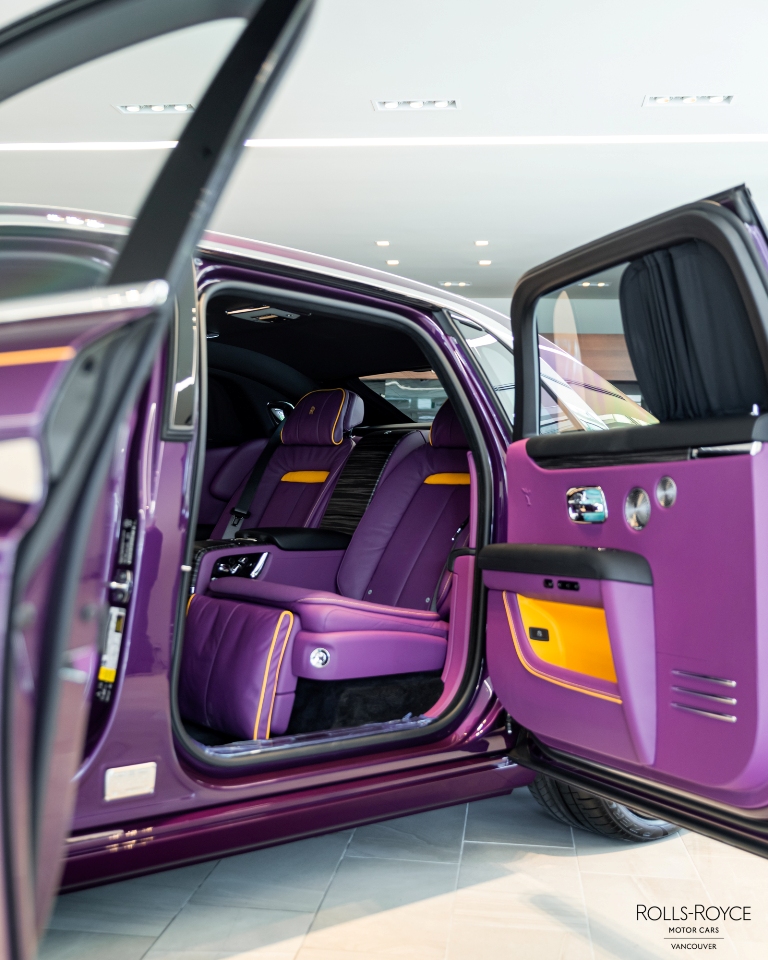 Pursuing this minimalist aesthetic for the new Ghost was the design team’s absolute objective throughout. The desired treatment was not sterile, but confident in its purity and unmistakeably belonging to a Rolls-Royce. This begins with the car’s first impression. Rolls-Royce’s proprietary architecture allowed the design team to increase the width by 30mm, subtly communicating presence. This is framed by sharp bowlines that intersect with an angular light signature, creating an assertive yet beautiful front end.

In addition, it was given its own ethereal front-end character. This was achieved not by way of overt design, but with light. 20 LEDS underneath the top of the radiator grille subtly illuminate the veins. During the development phase, early prototypes were over-effective and the light reflecting from the polished uprights looked too striking.

In the spirit of Post Opulent aesthetics, the marque’s engineering team brushed the back of the metal grille bars. Making them less reflective, subduing the effect and perfecting the restrained glow desired, and recalling the coachbuilt Silver Dawn and Silver Cloud. For the first time, the Spirit of Ecstasy is not surrounded by panel lines but rather stands sits within her own ‘lake’ of the bonnet.

A Subtle Evolution of Shape

Turning to the flanks, a single straight stroke is used to emphasize the motor car’s length. Moving to the glasshouse, it is wilfully neutral, with both doors sharing an equally proportioned window graphic. A subtly arched roofline gently proclaims its dynamic intent. The rear end follows this sense of movement and resolves in a taper. The subtle near-square rear light graphic has become a tenet of contemporary Rolls-Royce design. While it remains but has been modernized with a slight forward tilt and not surrounded by shut lines.

For new Ghost, the marque’s Bespoke Collective of designers, engineers and craftspeople created Illuminated Fascia: a world-first innovation that subtly echoes the Starlight Headliner, which has become as much a part of Rolls-Royce iconography as the Spirit of Ecstasy, Pantheon Grille and ‘Double R’ monogram.

Developed over the course of two years and more than 10,000 collective hours, this remarkable piece brings an ethereal glowing Ghost nameplate, surrounded by more than 850 stars, into the interior suite of the motor car. Located on the passenger side of the dashboard, the constellation and wordmark are completely invisible when the interior lights are not in operation.

Perfectly attuned to this Post Opulent design treatment, the Bespoke Collective chose not to use simple screen technology to achieve the effect they desired. Instead, they embarked on creating a highly complex and true luxury innovation. The illumination itself comes from 152 LEDs mounted above and beneath the fascia, each meticulously colour-matched to the cabin’s clock and instrument dial lighting featuring more than 90,000 laser-etched dots across the surface. This not only disperses the light evenly but creates a twinkling effect as the eye moves across the fascia, echoing the subtle sparkle of the Starlight Headliner. 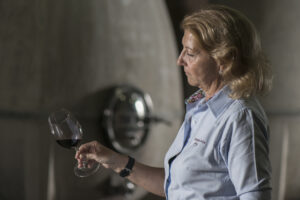 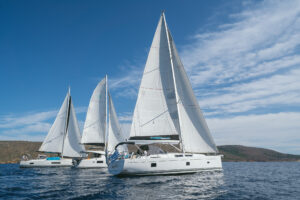 Next post Folio.YVR Friends: Perfect Yachts: Bringing the Dream of the Ideal Sea Journey to Reality

Mine & Yours Launches Second Luxury Resale Location in Yaletown