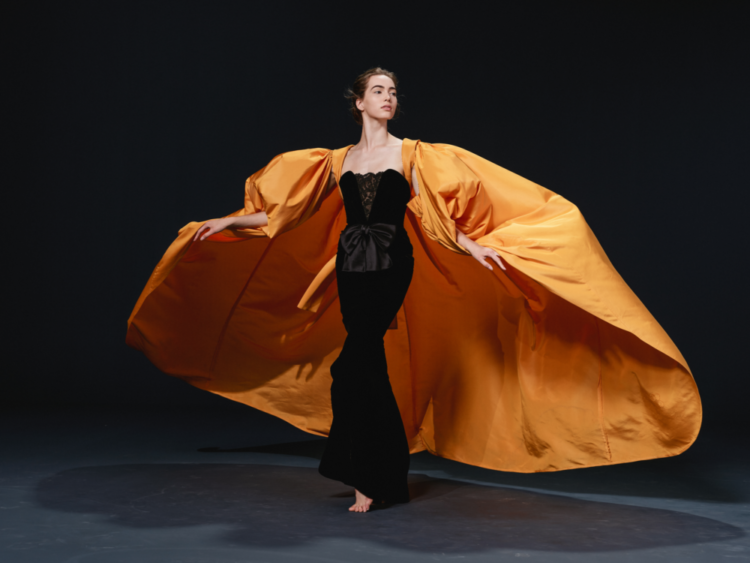 A few years ago, an interest in fashion grew into a collection that in a few years’ time I hope will at the very least, be regarded as interesting and well put together.

It has also led to the second most frequently asked question I get; (The first being what is your favourite building) what possibly led you to start Westbank’s fashion collection?

The answer to the question, from the 100,000-foot level, on reflection and with the benefit of hindsight, is that our collection is just another expression of our pursuit of beauty. I actually do not think it needs to be too much more complicated than that. Coming down a little closer to the ground, my specific interest in collecting started with Lauren and I looking for a vintage Alexander McQueen dress that she might wear to her high school graduation. We both really loved the McQueen boutique a short walk from the Soho House in New York and I think on one of those visits, now over 5 years ago, would be when we started thinking that collecting couture could be something really interesting to do. Then after Lauren and I saw the Savage Beauty show at the Met in 2011 and later in London at the Victoria and Albert Museum in 2015, a passing idea began to take shape.

For me, the idea of collecting is not as interesting if I cannot display the art; a warehouse full of art does not bring me as much enjoyment as sharing it. It was at this point that I began to see a new path for fashion in my practice. The lobbies of our hotels are something that I put a fair amount of time into and I was never really happy with the execution or design of the lobby at Shangri-La Toronto. Then in 2015, when Lauren and I were on a flight to Toronto, we were flipping through Vogue when we came across a feature of the year’s Met Gala, China Through the Looking Glass. The Gala’s haute couture dresses were displayed against an oriental-themed wallpaper, and it inspired us to sketch out the Shangri-La Lobby, imagining such dresses in the space, enclosed in cases like the ones we saw in Savage Beauty. When I am looking at the lobby like my office or my home for that matter, I tend to look at it as a space that I want to design to bring myself enjoyment first, with the hope that if enough other people also like it, that it will be successful. When we started the process of redesigning the lobby space, the idea of acquiring and displaying a number of beautiful dresses was something we thought would also bring enjoyment to our guests.

When we unveiled the first dresses in our collection in the Toronto lobby in 2016, we were pleased with the reaction. From there it became obvious that we should expand that concept to the other two hotels and our office and by then the idea of building a collection started to gain traction.

Like so many things in my career, it is the people who present themselves in your life from time to time that make the difference between a passing idea or interest and actually making something of it. In the beginning of my career, I had a partnership with architect James Cheng. Jim was my mentor in architecture, he first introduced me to Tadao Ando, Kengo Kuma and many other pivotal influences that have come to shape my perspective and my practice. Jim took me under his wing and others like Bob Rennie and Reid Shier have done the same for me in the Arts. Now, in a similar way, William Banks-Blaney is showing me a new piece of the world, through fashion, that is helping fulfill a new overall direction.

With a strong background in art history and design and a deep interest in vintage fashion, William recognized early on a gap in the market for an edited, exacting source for the world’s best vintage clothing and vintage haute couture. He founded William Vintage in Marylebone London in 2009, with the aim of offering the best selection of vintage clothing in the world. Since then, William Vintage has become the destination for the finest 20th-century vintage haute couture, with a global reputation for excellence, knowledge and extraordinary discoveries.

The market for fine 20th-century vintage haute couture has grown tremendously, with sales of 20th-century vintage clothing setting records around the world. The William Vintage approach is less concerned with trends and more with the value of vintage for its history, artistry and quality of craftsmanship. William selects designs based on what each piece symbolised for women, as well as for the clothing’s relationship to the cultural and sociological context of the time. Entirely modern in both outlook and approach, William Vintage eschews the notion of “playing dress-up” and focuses on elegant, impeccable dresses by the great couturiers. William’s first book, 25 dresses; Iconic Moments in 20th Century Fashion was published in 2015.

William is just as passionate about uncovering rare collectable vintage couture as I am about putting up projects that will express a high degree of creativity and artistry. Since he opened his first store nearly eight years ago, William has developed relationships in such a way that he has become one of the world’s foremost experts in collectable vintage couture. Equally important, he shares our belief that beauty and cultural richness are vital components of life in the modern world. With so many seemingly more urgent needs, we both believe that society too quickly loses sight of the vital role that culture plays in the advancement of humanity. The metamorphosis of Westbank into a culture company and our willingness to fight for beauty creates the ideal conditions for someone like William to enter our world and enrich it while helping us explore new interests to layer onto our collaborations with architects, designers and artists.

A Collection with Focus

The focus of the collection will be upon haute couture and the greatest designers of the 20th and 21st centuries. An era of dynamic change and cultural evolution, this time frame allows us to limit our collection both for relevance and contemporaneity. Designers we will collect in depth include Roberto Capucci, Coco Chanel, Givenchy, Jeanne Lanvin, Bob Mackie, Alexander McQueen, Paul Poiret, Yves St Laurent, Versace,  Rei Kawakubo (Comme Des Garcons) and others that William and I believe played an important role in the evolution of fashion. All of these designers share a mastery of design, integrity in their craftsmanship and a devotion to artistry that we believe is worth celebrating.

There are two real keys when I think of the fashion collection: beauty and intimacy. This core language is important because really there should be no difference in the way we think of our buildings than the way we think of our dresses. We already have a commonality of language throughout our practice. Whether we are describing our art collection, the sculptures, the buildings, the designers we work with or the couture collection, the message is the same: it is artistry, it is beauty, it is innovation and it is our legacy. Beyond that, it is about involving joy and beauty and creativity in our lives, which is not a modern construct.

Similar I suppose to my interest in live music, one of the motivators for me was the idea of finding new areas of exploration that inspire both myself and my children. If they are inspired by what we are working on they will naturally be more interested in becoming intimately involved. Lauren, in particular, has joined this part of the journey and I feel so fortunate to have the chance to play together with my kids as they mature.

Something I mention often in lectures is this idea that we are all standing on the shoulders of the previous generation. I think that is one of the things that really resonates in the collection. You can look at the fashion in the 1920’s and see that it was inspired by a designer in the 1890’s, for example. Fashion has a depth that shows how far we have come; technology has changed, electronics have changed, communication has changed, but in fashion, on some level, a notion of beauty remains innate. I have hope that what we are touching on with this collection is something deeper, that others will find of value.

When I first started to see the meaning in fashion, it was when William introduced me to its intricacies. Poiret was the McQueen of the 1910’s, Chanel was the challenger of the 1920’s, Vionnet was the revolutionist of the art deco 1930’s. These designers created these moments and you can love them or hate them but they make you feel something. They make you decide. They refine your notion of right or wrong, of beauty or ugliness and can make you realize how you want to live, or more importantly how you do not want to live. With this collection, I hope to show you our notion of beauty. Another way I am beginning to see our role is similar to that of a patron to great art and artists. There are all of these different designers, some focusing on couture, others on the antithesis of that, many of which are really struggling, who are every bit as relevant in this story. This is where the idea of patronage can actually start coming in, not because we are dictating style or design but because we could have the opportunity to say to designers: “What would you create if you could create anything? What is your statement, who are you?” I am told it is actually a relatively low financial input to effect paradigm change in fashion. A shift from providing a scholarship, to creating an integrated, long-term sponsorship within art and design schools could allow the next generation of talent to create their vision. My hope is that quite soon we will begin to have an ability to help shape an entire generation of new designers. I think what is really exciting about that is potentially helping the next Alexander McQueen.

My hope is that Westbank becomes synonymous with culture. More than anything, I hope that above all else we are thought of as a culture company. As we mature we are embracing our eclectic nature and we will aggressively pursue interesting collaborations in any and all sectors, whether it be in the arts, technology, sustainability, fashion, music or otherwise. Westbank has evolved far beyond the traditional boundaries of real estate and we will continue to push further, in order to grow further. ~ Ian Gillespie, Westbank 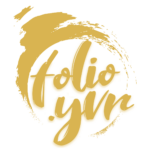 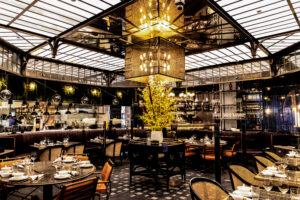 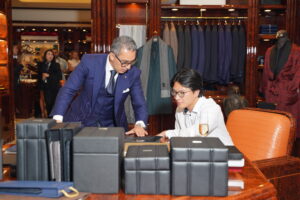