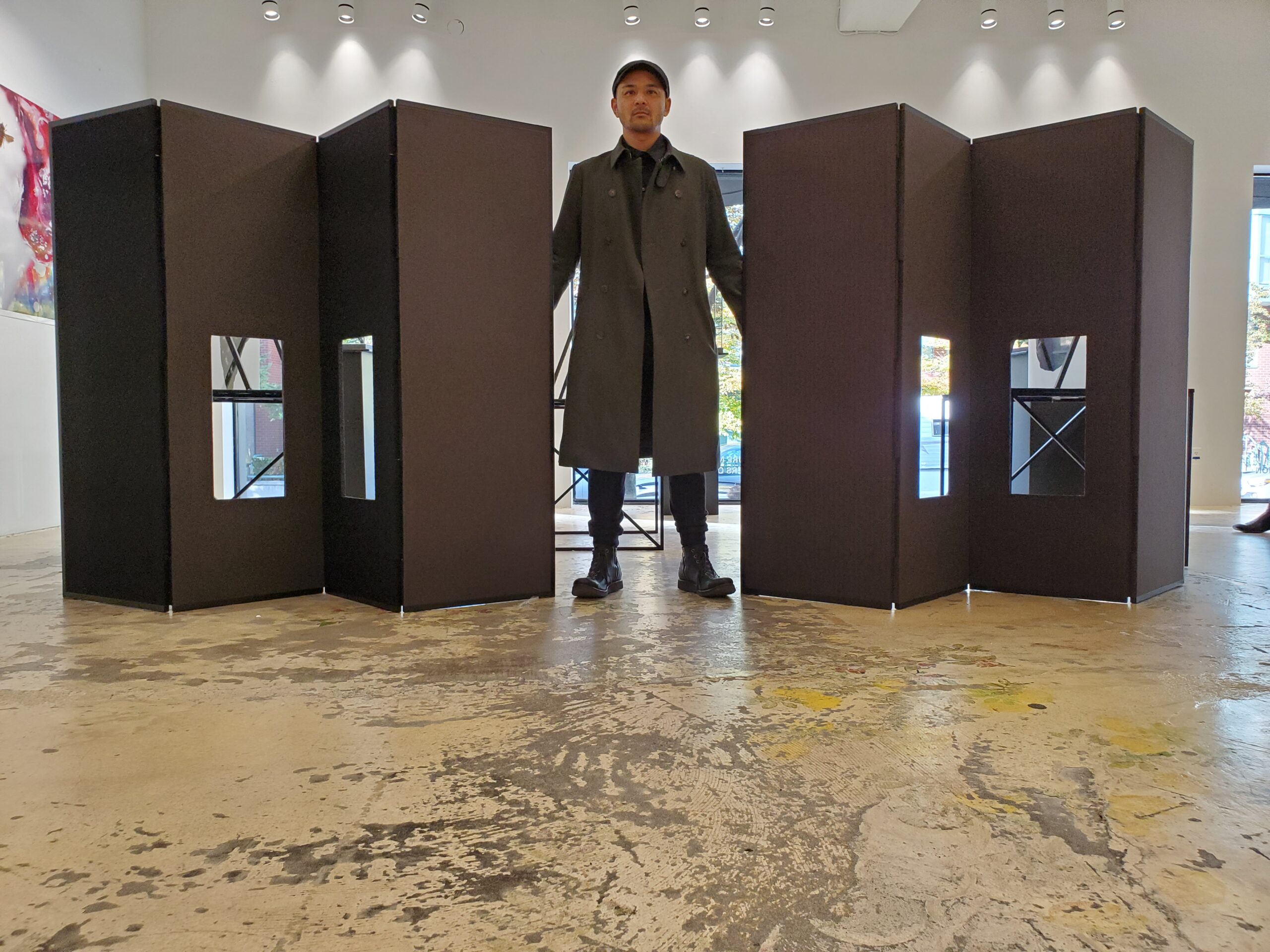 Daisuke Nishida is the kind of person who does not leave anything up for interpretation when talking about what inspires him. Speaking through a translator at Leisure Center Vancouver only minutes before the opening reception of his event Future Nomads – Here to Go: Prisoners of the Human Condition, he is animated and open while discussing what led him to design clothing, and venture into the world of visual art.

Nishida’s Grandfather was a tailor, he says through a translator. And his mother practiced traditional ikebana, which is the traditional Japanese art of arranging flowers into graceful and artistic formations. However, to his family’s surprise, Nishida started in the world of sport, first practicing and then instructing wrestling. After this, he became a medical instructor and finally forayed into clothing design without any formal education.

His experience instructing anatomy laid the technical foundation for his career in clothing design, specifically his studies of 16th-century Flemish anatomist Andreas Vesalius, who is known as the founder of modern anatomy, and published the Fabrica, a collection of drawings on the human form that was regarded as revolutionary at the time.

“The way he was drawing wasn’t the exact human form,” Daisuke explains, referring to photos of Vesalius’ work on an iPad. “Nobody understands why. The part that no one understands is what I am interested in. I want to be like him, making new patterns of clothing that people might not understand.” These photos show people with their muscles and flesh exposed, holding graceful yet unnatural poses, not unlike the figures on display in his exhibit.

In 2005, he started the DEVOA brand, based on a booklet of sketches and design ideas that are still used to inform design choices to this day. His clothes sit somewhere in the realm of tech wear and high fashion, and he continually pushes the boundaries of what defines the brand. A deep understanding of the human body is core to Nishida’s design philosophy, and it informs the materials and construction he uses. He traces the seams of his jacket, which follow a path that avoids being sensed by the nerve located on the forearm. His trousers are cut with an unnatural line, making the legs appear longer and slimmer.

“My experiences made me think that I couldn’t be a normal fashion designer,” Nishida says, referring to his lack of formal fashion training. “I am trying to present the structure of the human body and how to present it through my clothes.”

Nishida’s emphasis on learning by doing is apparent in his visual art, as with his fashion design. The washi paper used for the to make clothing for his miniature figures is an art form with over 1,000-years of history. His decision to use this medium is too painstaking to be considered experimental. One gets the feeling that Nishida doesn’t like doing things that are easy.

“There is a lot of failure with this,” Nishida says. “It’s critical to present the colour, and I mix four colours without knowing what the outcome will be…the unpredictability is the most beautiful part of it.”

Leaving Leisure Center, I walked past the display space at the front of the store for a second time. Alongside several racks of his brand DEVOA’s most recent collection of men’s technical wear are several glass cases holding human figures clothed in his designs and held in dreamlike positions with webs of thin chains. A staff member informs me that these figures are meant to be futuristic forms of the human body, which are slightly disproportionate to suggest the idea that the human body will evolve over time.

In this futuristic timeline, everything comes in black, including an overcoat that seems to melt into a canvas of black washi paper. The clothing for the figurines is made with this traditional Japanese art form, which proves to be one of Nishida’s many specialties. Nishida’s exhibit in Leisure Center follows stops in Berlin, Shanghai, and Kyoto, where each show is designed specifically for the city that hosts it. Leisure Center was selected due to his connection with the owners – Mason Wu and MuYun Li – and Nishida states that even though many retailers sell his clothes, he is confident that only certain retailers would understand his exhibition and want to host it.

His collection and exhibit are sure to be well received in Vancouver, where local-based designers like Arc’teryx, Reigning Champ, and Lululemon are known to prioritize function and fit above all else. When asked about style in Vancouver, he agrees that DEVOA has a chance to meld into the city’s tech-focused style. “People in Tokyo try too hard,” he says, grinning. “In Vancouver, people choose to wear comfortable clothes.” 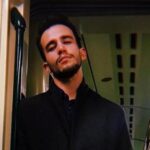 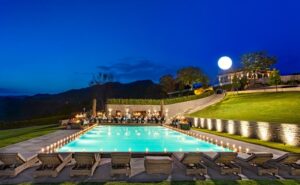 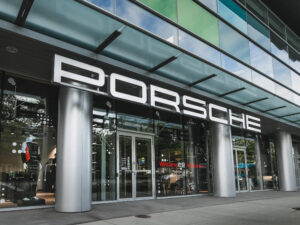